skip to main | skip to sidebar

As we approached 2009, the housing market was at the height of its collapse, Obama had just been elected, major firms were being bailed out left and right while others were allowed to fail, many people were losing their jobs... Tracy and I agreed that we would continue to work hard, make the best coffee and food, provide great service, and leave it all in God's hands. Our hope was to survive lean times and look forward to a better 2010.
Well, 2009 came and went with all of its horrible economic news, and having to watch Congress and the Administration make move after move that will further cripple the economy. We've seen so many regulars disappear as a result of lay-offs and relocations around us. The recovery we were hoping for by 2010 has not arrived. Educating ourselves on economic policy and keeping track of current events leads us to believe we have not seen the worst yet.

So, we are back in the same place we were at the start of 2009. The economy looks bleak, and we are trusting in God's will in our lives. There is a big difference between that and trusting in God to provide what we want. Accepting and even anticipating God's will takes away the stress of wondering what will happen. We continue to do our best in order to honor God, and we will see where it goes. As I noted at the end of January, our JAN2010 sales beat JAN2009 sales by just a little, even though it was not expected. In mid-February, I would have said there is no way we will beat last year. Well, it looks like we are going to do just that! How exciting is this??? If you are concerned about what you have going on in your life, exercise your faith, have trust that God has your back, be willing to accept His plan in your life as opposed to your own, and enjoy the ride!

How to get a free coffee!

I Googled Nemo's Coffee to see what I would find... The first item that came up was a link to this review, dated January 30, 2010:

"The coffee is great. The atmosphere is small and cozy with various chairs, comfortable couches, and a set of cool theater seats. While the scones look very good (diet prohibits these treats), I most enjoy their homemade breakfast burritos and salsa. The owners are very genuine. They've even treated me with respect on my most grouchy days. Good music, good TV even (was watching Bob Ross paint happy trees one day). The place is clean. I'd bring friends here and visit regularly, making this a 5 star coffee shop in my book.‎"

I'm happy that Christopher enjoys our shop so much. There are a number of review sites for local restaurants and I'd love to see more reviews out there. If you post a review of Nemo's Coffee somewhere, print it out and bring it in and we'll give you a free coffee (or a discount equal to a coffee on something else)!
Posted by JD Anderson at 5:37 PM No comments:

During our nearly three years of operation, we have gone through 75,000 cup stickers! How’s that for a piece of sweet trivia?? That works out to be about 100 stickers per day of operation.

Tracy and I decided it was time for a change. I created the following design last weekend and ordered 10,000 stickers, which shipped today! 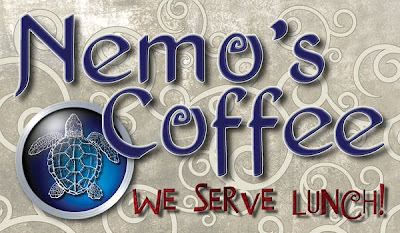 Who knows… maybe someone will come over for lunch if they are sitting at their desk, staring at their warm, nasty, bologna sandwich they forgot to put in the refrigerator when they arrived in the morning… A quick glance at their Nemo’s cup, and they get a reminder that we serve lunch! Now that is community service at its best! Nemo’s saves the day for some poor soul with a creepy lunch, or no lunch at all!

I’m going to design another two or three different stickers, each highlighting one of our services. I’m thinking one to highlight our fresh, baked-from-scratch pastries; another about reserving our conference room for an event; another to promote our fruit smoothies!

Gotta run…
Take care,
JD
Posted by JD Anderson at 10:47 AM No comments:

For the first two years, our Health Department License to operate a retail food operation was $154 a year. This year, it was $254. That is a significant increase for just one year. I wish government would operate the same way that a business or family must operate. If times get tough, you tighten up on expenditures and you prioritize your needs and operate within your budget. Unfortunately, the government does not share that philosophy. When things get tight for the government, they get a ballot initiative going to increase taxes. When that was soundly defeated by popular vote several months ago, they did not get the message. They just start increasing and implementing new fees to fund their waste and fraud. We know quite a few people at the Health Dept and they are wonderful people, so these comments are not directed at them. This is just one example of how the government operates. If the people speak out (literally, or by vote), the government just figures out a way around public opinion. My Dream for the future is that the government would care about the opinions of the people they represent. Is it possible for this to happen in the coming years? I sure hope so…

Anger and Military photos, but not together...

I had to have a talk with Ethan last night about the difference between feeling angry and acting angry… That is a tough concept for an eight year old to get. I don’t think I did well with it until just the last several years, and I’m 44!
I explained that feeling angry is a normal human emotion, and in many cases, it is justifiable to feel angry. However, acting out in anger is almost always a bad idea, and often times will cause much damage. Looking back into my life, I can honestly say that I regret acting angry in every circumstance. I can’t think of a single time that acting out in anger had a positive effect in my life. All I ever accomplished was to hurt myself, hurt others, damage relationships, break things, and lose credibility with people. Even though feeling angry may have been justified, acting in anger rarely, if ever, produces any positive results.
How do I take 30+ years of adult experience and explain it to an eight year old?? Hmmmm… That’s tough… I think I explained it well, but I have no way to help him gain control of his actions, other than to say there will be disciplinary consequences to his actions if he makes poor choices in response to his anger. Deterrents work, but I’d love for him to gain wisdom without having to suffer any consequences. Unfortunately, I don’t think that is the norm when dealing with human nature…

With all of the doom and gloom about the economy, and with layoffs and loss of regulars in our area, I expected to see a decline in 2010 performance. January numbers are in (sounds like some huge, accounting reporting agency… Actually just sales tracking in QB Pro…). January 2010 beat January 2009 sales by about $500 for the month. That isn’t an amount of growth to get excited about in and of itself, but it is very exciting since we were expecting a decline in sales. We would like to thank our long time loyal customers, as well as our new customers!!

Tracy and I showed up at Nemo’s yesterday morning to deliver 20+ gallons of milk. The first thing we noticed when we walked in was that the backroom smelled like our grease trap. I noticed that the back room floor sink had standing water in it. That floor sink and the 3 compartment sink drain into the grease trap. A little troubleshooting indicated that the grease trap was blocked. Instead of quickly dropping off milk and making a couple of drinks and heading back home, we popped open the grease trap. We had some quality time together for the next hour scooping and straining about 4 or 5 gallons of grossness out of the grease trap. Everything is back in working order, but this is not what we had expected to be doing on a Sunday morning!

I’ve been posting military photos lately, but here are a few of my images from recent times:

A shot from Glenwood Springs the week after Christmas: 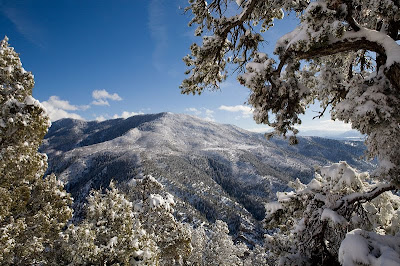 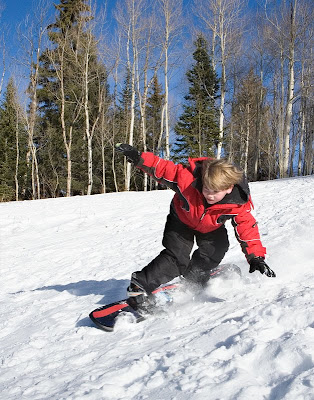 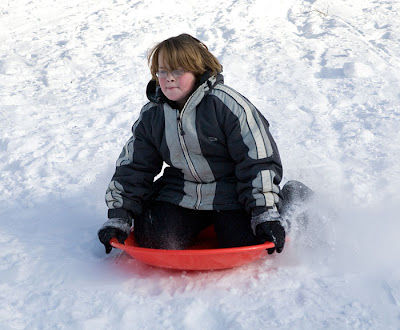 Josh and a little sledding action... 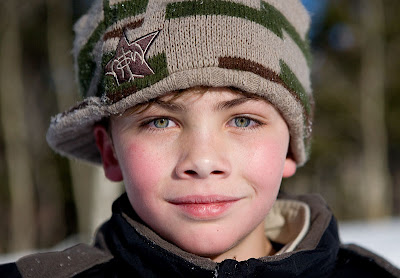 This is an image from St Mary's Cathedral in Colorado Springs that I did some heavy Photoshop work on... 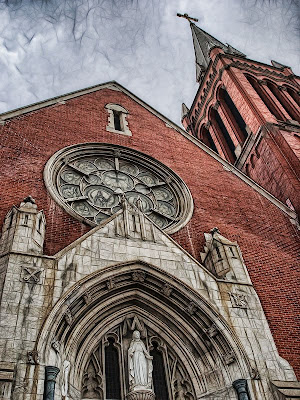 And another image heavily Photoshopped, to the point that it is difficult to tell it was a photograph to begin with! Great Sand Dunes National Monument 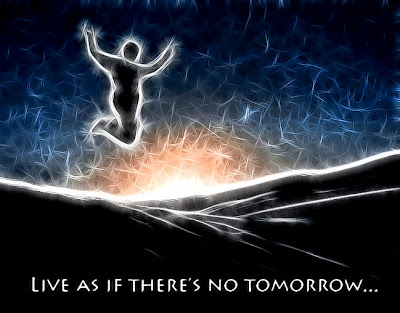